Return to the Water

After a year of inactivity, CUYC returned to the water with a set of day trips aimed at beginners.

For reasons outside our control that shall remain nameless, there hadn't been any CUYC trips for over a year. Finally on the 10-12th of May, after much negotiation with the University and filling in of risk assessments, we got the green light for a set of Day Trips on the Rivers Orwell and Stour. Experienced club instructor Angus took out groups of 5 mostly novice sailors. Demand for places was high and I was lucky enough to get a spot on the second trip.


To make the most of the day, Angus suggested that we start in Ipswich at 8.30am. The five of us met at Cambridge station bright and eager having got up far too early. Our tremendous excitement to finally get out on the water was tempered only by the fact that we slept through most of the train journey. Angus was waiting for us at the marina, on club yacht Skylark. 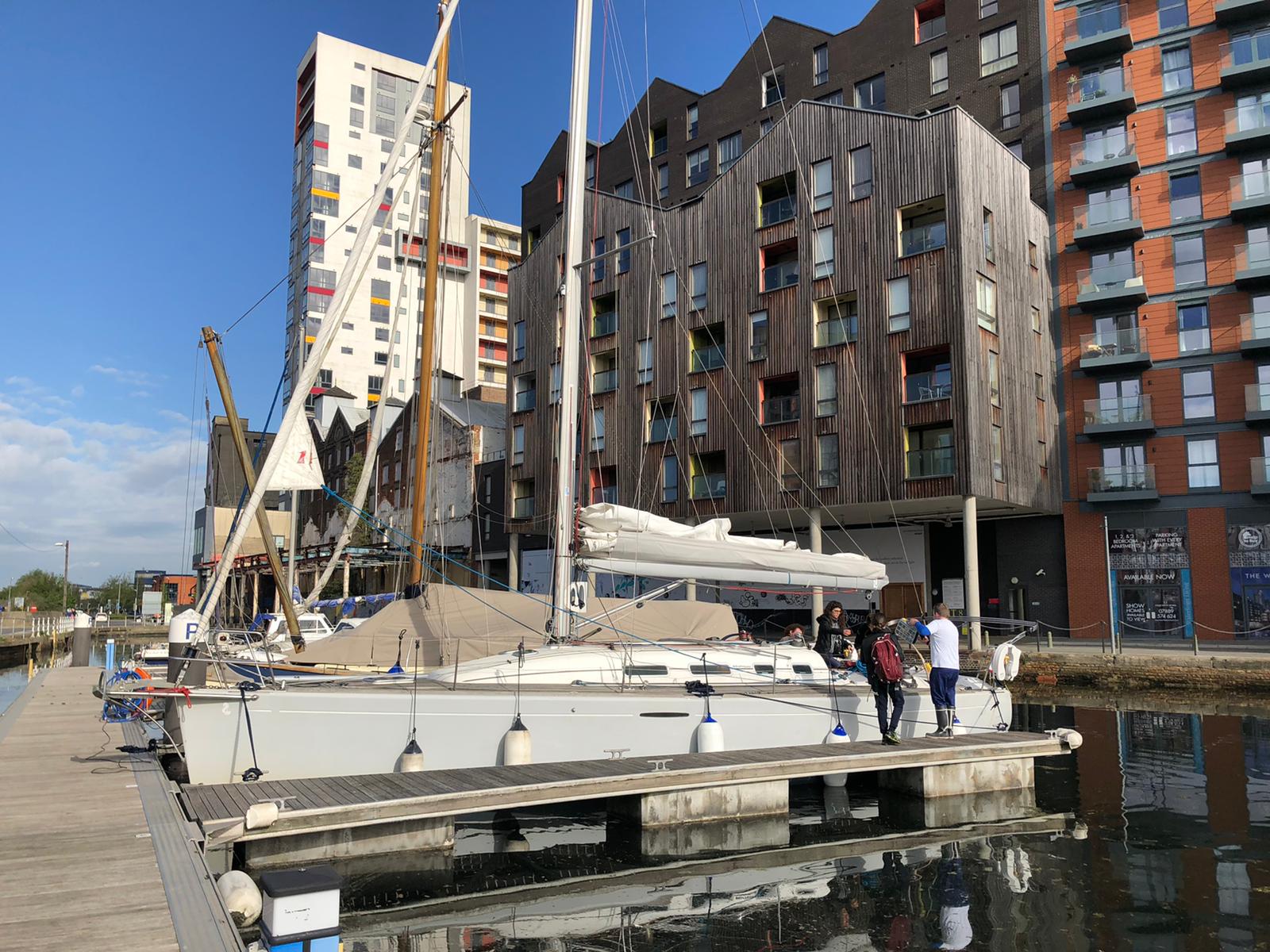 
After the essential safety briefing and a crash course on how to use ropes, we departed the marina and onto the River Orwell. Conditions were optimal: a rare combination of sun, calm water and a reasonable amount of wind. As ever, the wind was coming from the direction we wanted to travel in, so we tacked down the narrow river channel. Everyone quickly became experts in managing winches and jib sheets. Feeling very pleased with our morning's work, we stopped for lunch with views of scenic Felixstowe port. 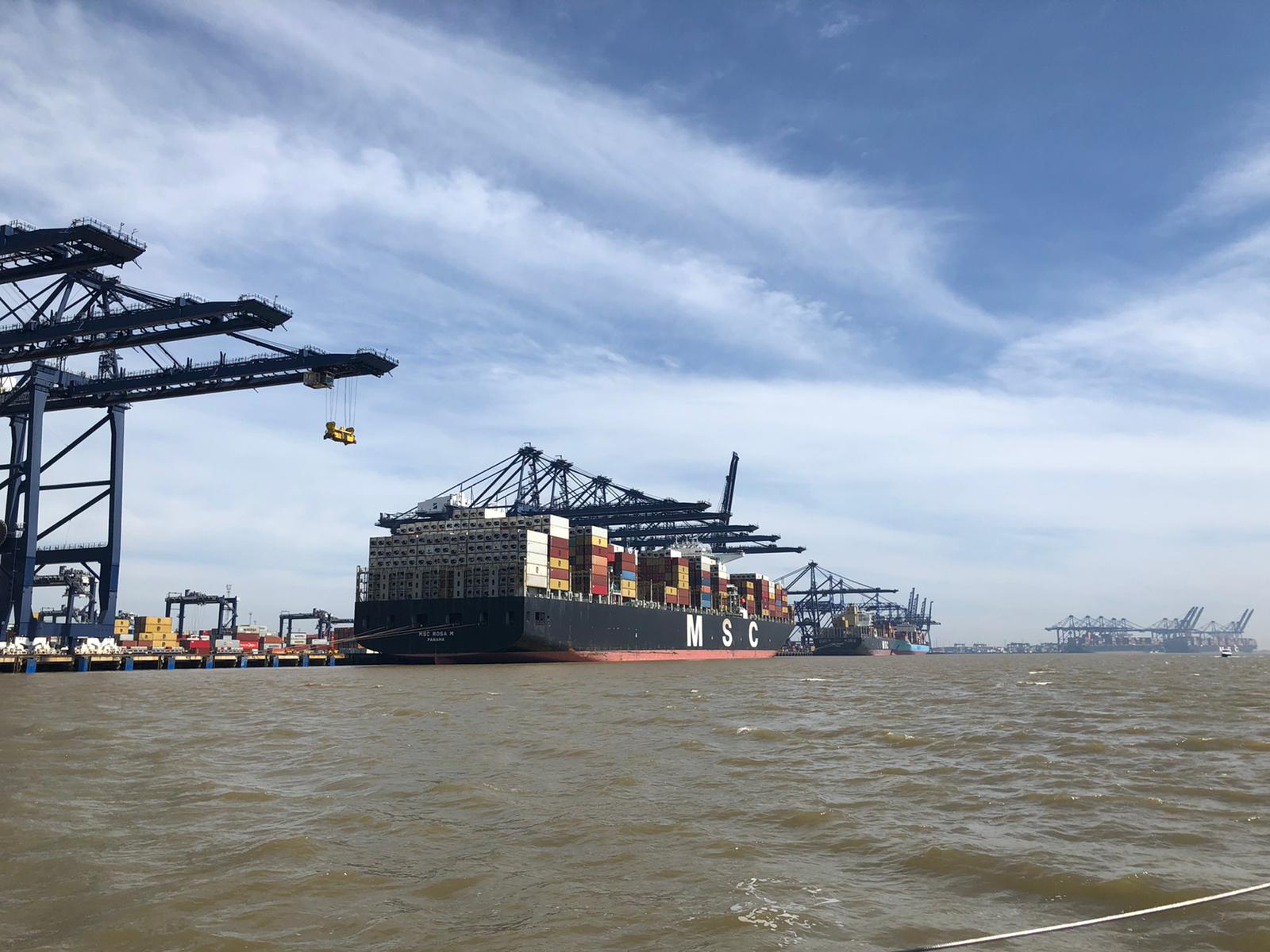 The colourful containers of Felixstowe


After lunch, Angus planned to head up past Harwich into the River Stour for some practice with man overboard drills (poor Bob the Fender can never manage to stay on board) and other exciting activities. However we got an unexpected call on the radio: 'Yacht Skylark, Yacht Skylark, this is Yacht Merlin, Yacht Merlin'. It was Oliver, long time club skipper and instructor setting off on his Sail Britain adventure on his own yacht Merlin. He was heading out to sea and suggested we join him for a bit. 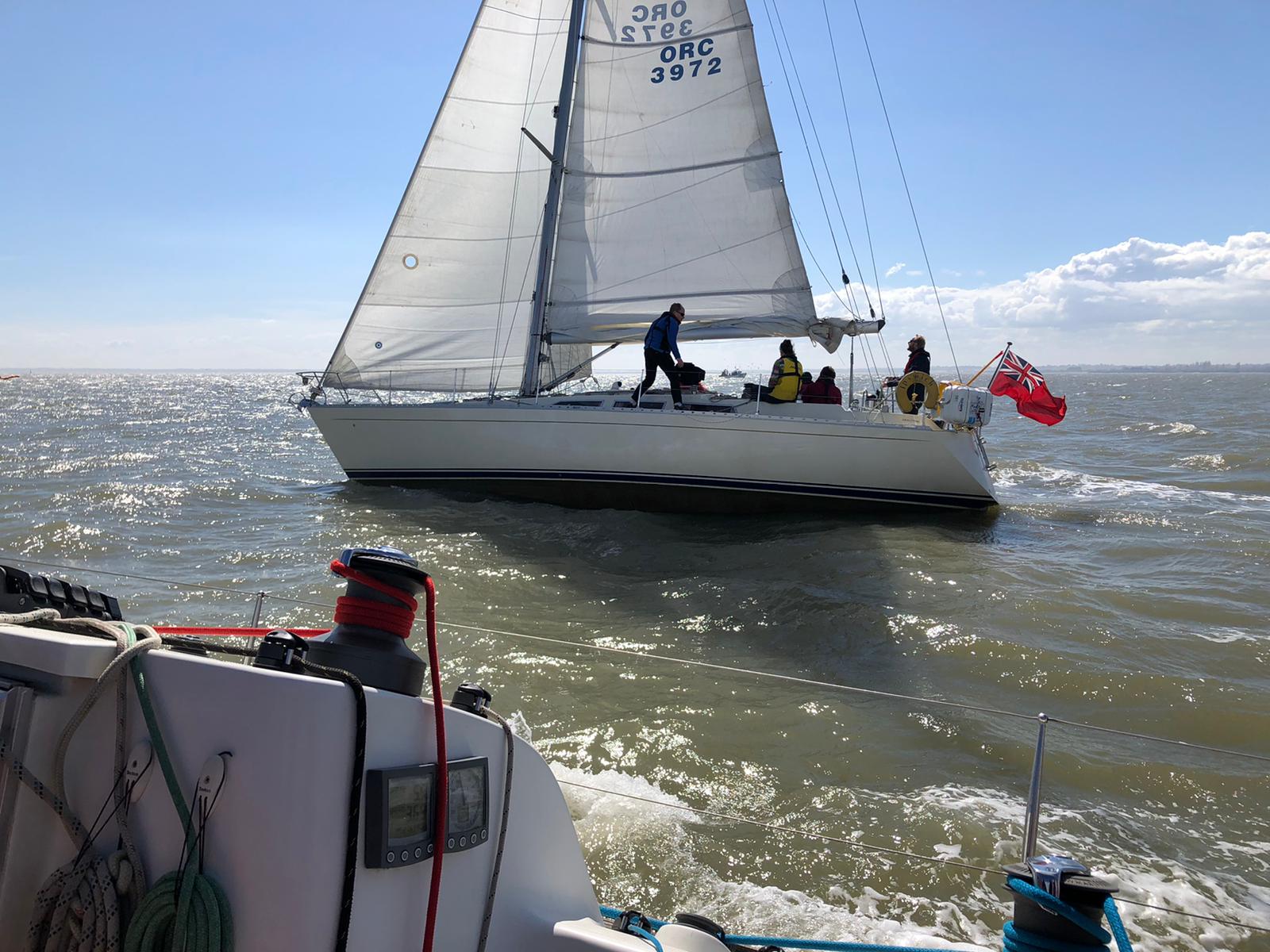 
Of course, it is a truth universally acknowledged that two yachts sailing together must necessarily be involved in a race. We engaged in a little friendly internal CUYC competition to see who could get round Landguard buoy first. The race was won by... the CUYC, naturally. 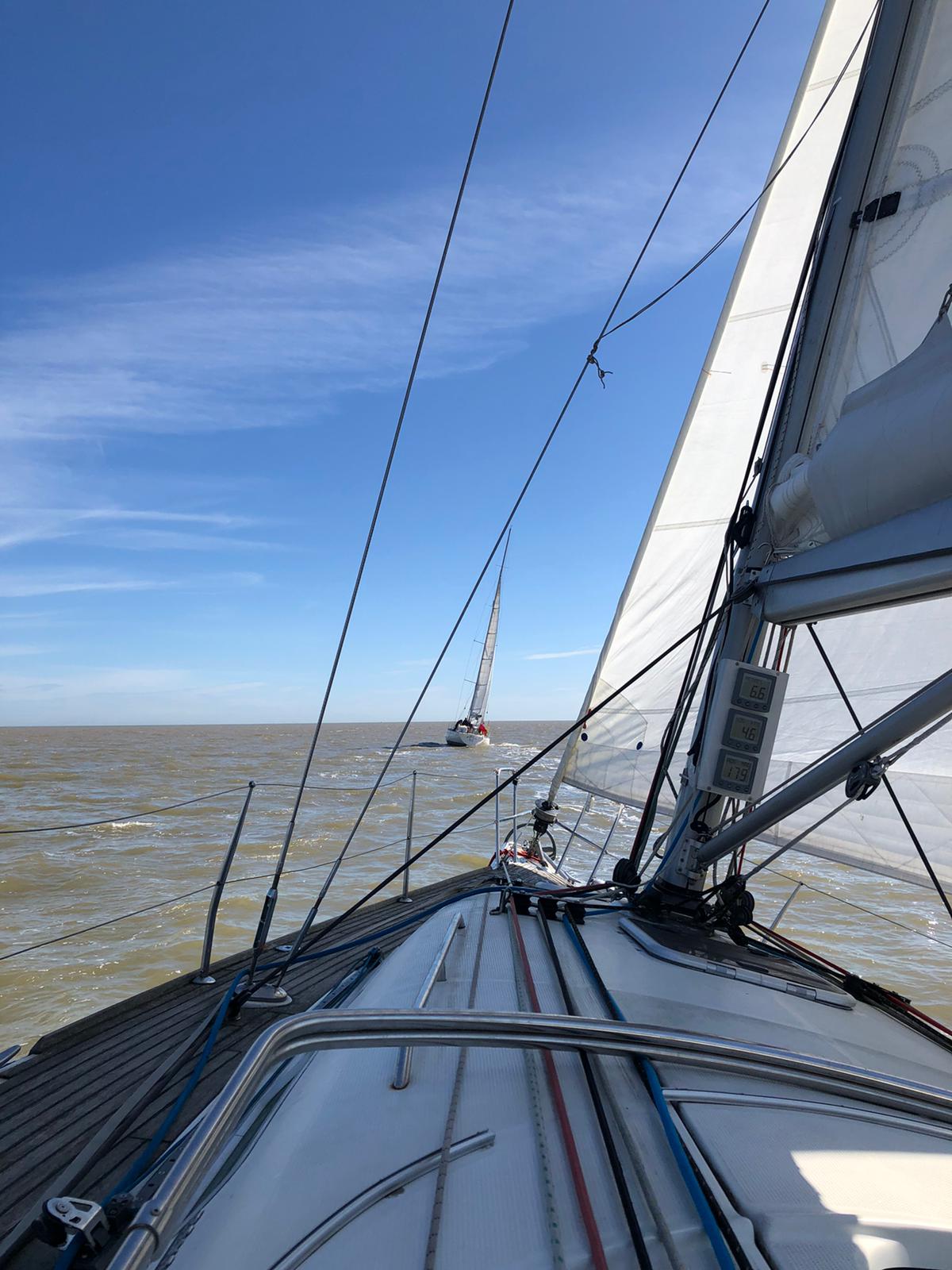 Merlin disappearing into the distance


With the race completed, Oliver headed off south towards the Thames Estuary, while we returned up river to Ipswich. Having had to tack all the way out, we now had a lovely relaxing downwind sail all the way back. Tired, but extremely satisfied, we brought the boat home by 7pm and returned to Cambridge already looking forward to future sailing possibilities.

I'm so glad to see Skylark back out on the water, after last year's hiatus that dang virus caused (for most of the world in many ways). This to me is a sign that things are getting back to how they used to be, with good times ahead and new memories to be made, and can't wait to be sailing aboard her again!